Only at Ballymaloe Part 2 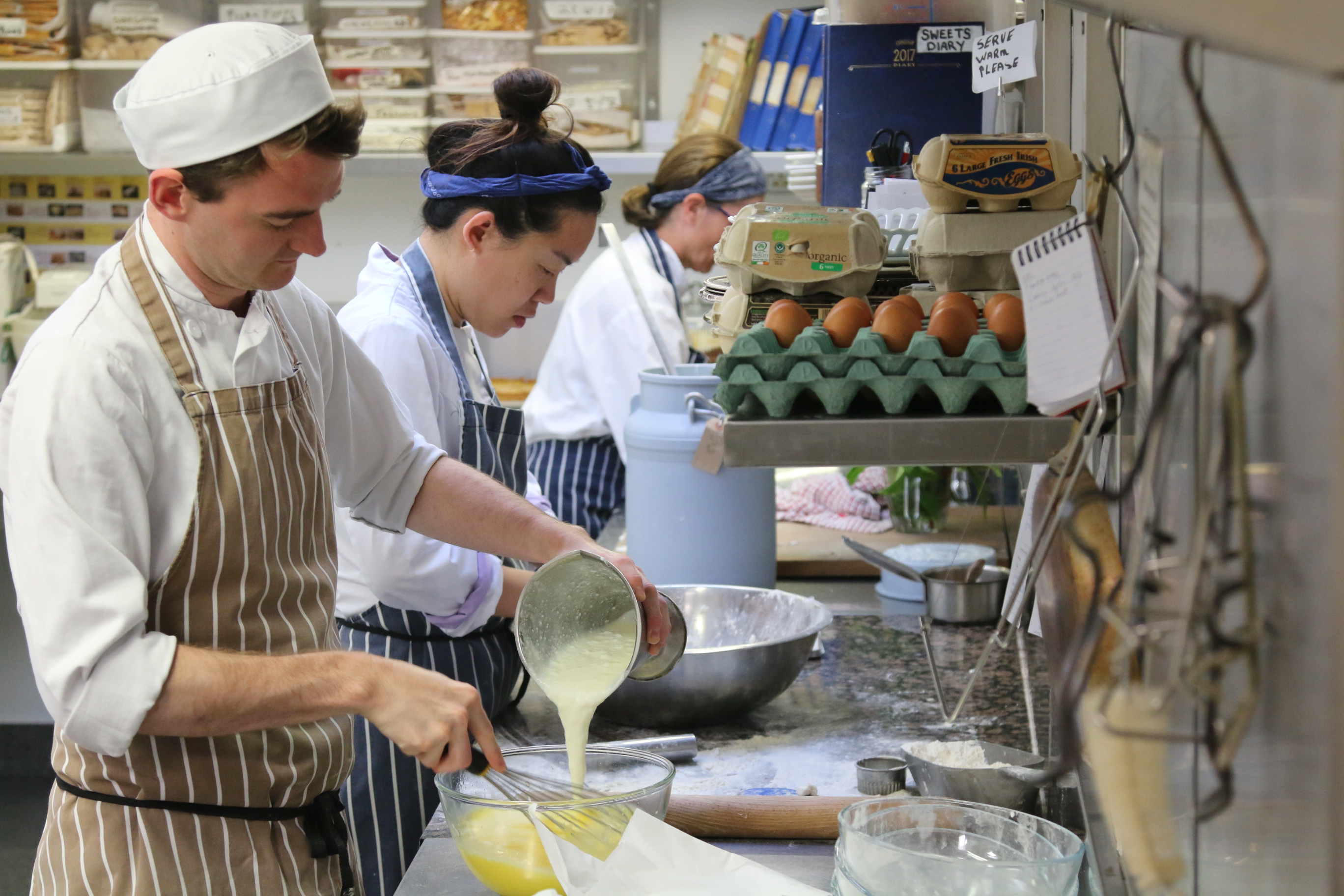 So it has been nearly four weeks now since I have arrived at Ballymaloe and I am continuing my Ireland adventure, and enjoying every second of it! This past Sunday two of my friends, Todd and JR and I went to Ballycotton to have a few drinks at the Irish pub; “The Blackbird”. I have never been to the pub before, but I have heard so much about the place from everyone, including my sister Rochelle who also worked at Ballymaloe about eight years ago, that I just had to go! The town has such a wonderful relaxing atmosphere, much like Ballymaloe House.

The three of us arrived back at Ballymaloe around 11pm. I laughed to myself stating that after a night of a few drinks, one would usually go and grab some greasy food, such as fries, poutine, or a hamburger, etc. Instead, when we arrived back to the house, some of our other friends were still working and we each had some of the left over food from the dinner buffet which included salads, smoked salmon, mussels, and other delicious good quality food....only at Ballymaloe haha. And the little lemon filled pastry balls made by JR himself were DEVINE! The next time he makes them, I will take a picture! So delicious and simple!