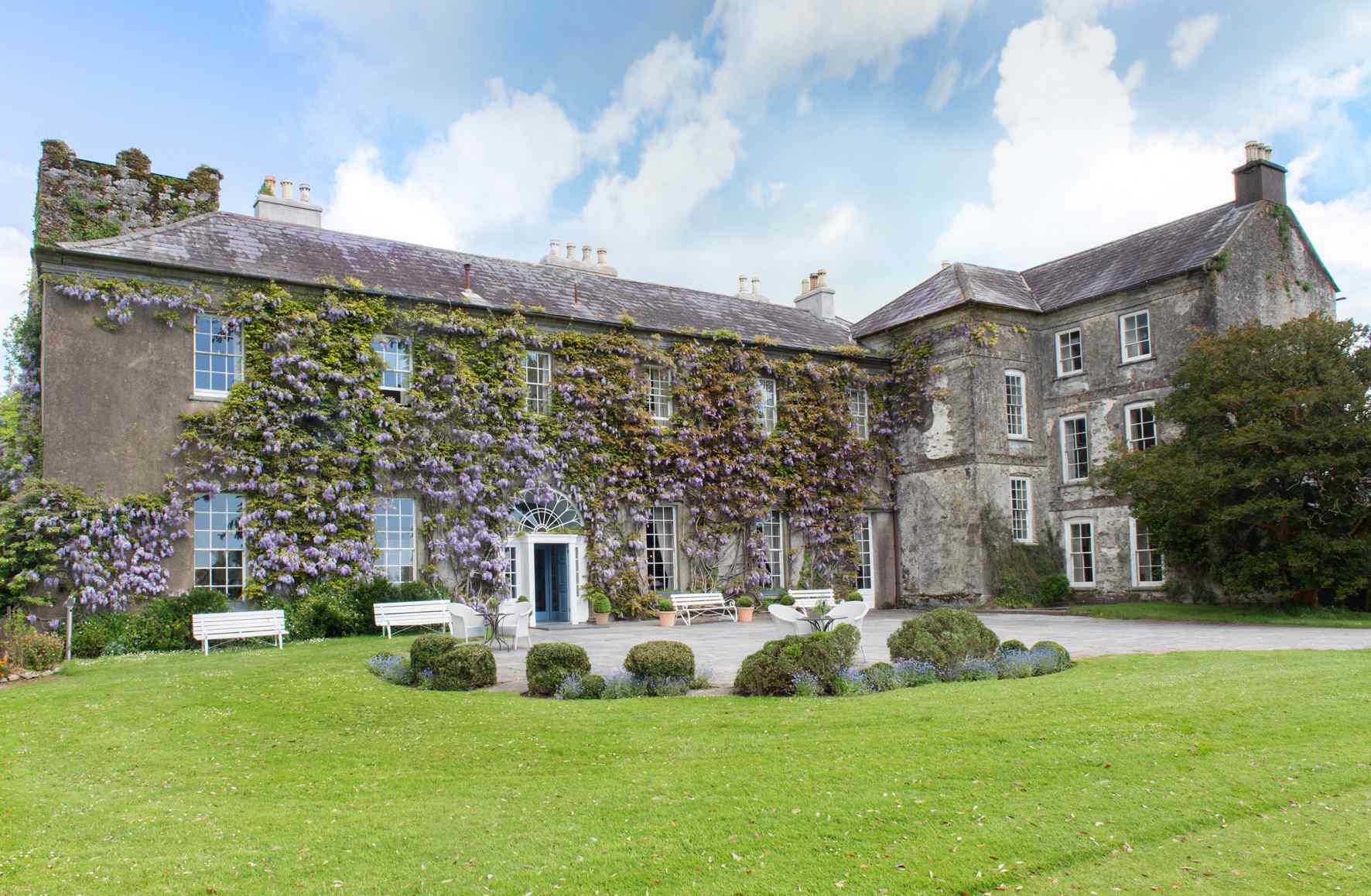 November Music Week started off with a bang and ended on a high note, literally. From Tuesday through to Sunday we had an abundance of incredible talent down here in Ballymaloe.

Beginning the week on Tuesday in the Drawing Room was a mighty informal session with ex Stockton’s Wing members Mike Hanrahan, Kieran Hanrahan and Tommy Hayes. The lads from Stockton’s Wing played throughout the night along with the other guest musicians. Kieran’s banjo and Mike’s great songs had the crowd engrossed and Tommy too with his bagful of instruments and stories of where or how he had acquired them. Tales from Tibet were told and a goat’s bell, a Jews harp, a bodhran and spoons were played. Rory’s old friend Doug Jeffords from Santa Fe, a charter Music week attender, joined in on guitar, local fine harpist Bonnie Shaljean, Mike Probert from Cichester on bodhran and of course our host, Rory Allen, who sang us a few songs. The night was a fantastic musical melting pot.

Wednesday, in the first formal Grain Store concert of the week, Belgium blues duo Roland Van Campenhout and Steve De bryun opened the night with pulsating energy. Bouncing riffs back and forth as if having a conversation between themselves, they were a treat to witness and even better to hear. Then the lads from Stockton’s Wing then took to the stage playing tunes from ‘back in the day’. That got the crowd going even more! Mike Hanrahan, who is currently teaching in the Ballymaloe Cookery School, truly impressed his students in the audience. He is not only a wonderful guitarist, songwriter, and singer, but can cook too. What a concert!

Thursday Night. After a delicious dinner in Ballymaloe House we headed back into the Drawing Room. Rory was joined by a lovely local singer, Deirdre Casey from Shanagarry, who sang a number of well known traditional songs. That girl can sing- what a stunning voice! Rory performed several of his Percy French ballads which went down a treat. An old school friend of Rory’s, Jane Hayter-Hames, who is a published poet and historian recited a couple of her amusing statistical poems poking fun at our governmental policies. An American girl from Chicago, Aisling, who is also at the cookery school took out her guitar and sang a couple of her original songs. Another hugely talented person and she is only living around the corner! You just don’t know what’s going to arrive up in Ballymaloe in a Ballymaloe Drawing Room Session. It’s always a fantastic affair!

Friday 13th! The weather was pitiful that night- wind howling and rain bucketing down. Regardless the show went on and fair dues to those that ventured out. Friday night was an eclectic mix in The Grain Store. First on stage were Paul Harrington and his band. Shay Healy was supposed to have joined him but unfortunately was unable to make it down on the night. Needless to say Paul and his band played a number of well known hits but the night would not have been complete without a performance of his hit song, Rock’n Roll Kids. Following this our Belgium guests took to the stage. A true blues legend Roland Van Campenhout- an original troubadour from the 60’s and his harmonica player Steve De bruyn. Steve is definitely one of the best harmonica players I have ever heard.

Well, after Friday the 13th’s weather had passed, the Saturday Drawing Room session was a corker! You would have paid your wage to be there had you known the night that was to unfold. We had poets, dancers, singers galore, including noted local tenor Dave Maguire, Orla McCarthy from Cloyne and her sweet, sweet voice. The audience was in flying form singing along to all the choruses. Our blues duo Roland & Steve joined Doug in giving us a taste of real Rhythm & Blues with Jimmy Reed and Johnny Cash songs being belted out. Rory, of course was in the midst of it all. Mike then braved the spotlight and sang us a ballad with a gentle bodhran beat. As Mike was in a drum fade to end, Steve gently intervened with a short sound of the harmonica. Mike worked off this and picked up his drum beat setting up a fantastic impromptu jam, Roland then joined in leading us all into a high spirited, stomping frenzy. An outstanding night!

Rory’s Music Weeks always provide such a wonderful eclectic mix of fabulous music and musicians. On Sunday night Opera and classical music provided a fitting cap to the week. This was a slightly calmer and more collected evening after our high octane session the previous night.

The concert, styled “A Night at the Opera” featured Ilse’s Scarlet String Quartet, pianist Nicole Panizza, soprano Mary Hegarty and mezzo soprano Sonya Keogh. All of these lovely ladies were dressed to kill and their performance was thrilling! Mary and Sonya gave marvelous renditions of well known opera favorites and the Scarlet String Quartet played a beautiful program of light classical pieces as well.

Talk about sophistication and elegance - truly an enchanted evening. The room looked like it was from another era with large bouquets of dried autumn flowers and candle lit chandeliers.

A week I will certainly remember.