There’s a New Gin on the Shelf. A Shelf at Ballymaloe House Only! 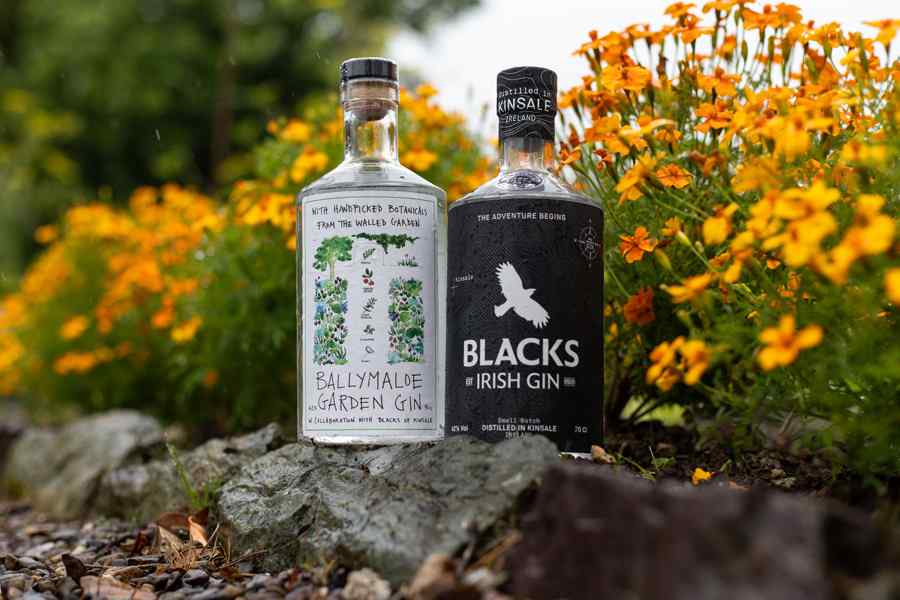 Ballymaloe Garden Gin is crafted and distilled with care in Kinsale by Blacks, who just this week were awarded a coveted Silver-medal at the 2020 London Spirits Competition for both their Blacks Irish Gin and Black Ops Blended Whiskey. This global competition received 424 entries in the gin category and 122 whiskey entries from 69 countries across the world. Blacks were one of only three Irish distilleries to win silver for their gin. Inspired by the Wild Atlantic Way, and one of four Irish distilleries to proudly accept the silver accolade for their whiskey.

Ballymaloe Garden Gin was conceived in Autumn 2019 and is the brainchild of Darren Murphy from Blacks Brewery& Distillery and Ballymaloe House’s award-winning bar Manager Traford Murphy. Traford started his career as a cocktail bartender in the Algarve in 2009 and spent two years there before moving to Scotland. For nearly six years in Edinburgh, Traford perfected his trade in some of the world’s most prestigious cocktail bars. Two years of which were spent at the Michelin star restaurant, The Kitchin, as Bar Manager. Traford returned to Ireland in 2018 to take up the position as head bartender for Cask, Cork City working under top mixologist Andy Ferreira. In the first year together, they achieved six awards at the Irish Craft Cocktail Awards, including Best Cocktail Bar in Ireland, Best Cocktail Menu, Best Bar Team and Best Bar in Munster. Traford represented Ireland in the global Havana Cocktail Grand Prix after winning the Irish final in 2019. Whilst at Cask, Traford started working on the Jameson Academy events hosted at Ballymaloe House and that is when he fell in love with the place.

Every day at Ballymaloe House, Traford uses the walled garden for inspiration and is always looking to the season ahead to keep his Garden to Glass cocktail menu seasonal, fresh, and local.

This special Ballymaloe House / Blacks Gin collaboration will be exclusively available at Ballymaloe House, and although delicious served as a simple Gin and Tonic, Traford has developed three delectable house Martini’s to perfectly complement its unique blended flavour.