Carrageen Moss is a seaweed which can be gathered off the south and west coasts of Ireland. It is rich in iodine and trace elements and is full of natural gelatine. Carrageen means 'little rock' in Gaelic.

There are two very similar varieties of Carrageen Moss, Gigartina Stellata, and Chondrus Crystus.  Both are widely distributed.   They are brownish-black or dark green and from 3 - 6 inches long.  They grow abundantly on the rocks at low tide line.

Pick in early summer at low water during spring tides. Bleach in the sun. Wash occasionally in plenty of cold water then lay out to dry again.  When quite white and well dried bring indoors and store in a jute bag.  It will keep for one or two years.

Bring to the boil and simmer very gently with the lid on for 20 minutes. At that point and not before separate the egg, put the yolk into a bowl, add the sugar and vanilla essence and whisk together for a few seconds, then pour the milk and carrageen moss through a strainer onto the egg yolk mixture whisking all the time. The carrageen will now be swollen and exuding jelly.

Rub all this jelly through the strainer and whisk this also into the milk with the sugar, egg yolk and vanilla essence if using. Whisk the egg white stiffly and fold or “fluff” it in gently. It will rise to make a fluffy top. Chill the pudding in the serving dish for several hours until set.

Proceed as for plain Carrigeen.  Blend cocoa with a little milk and add to hot, strained Carrageen before adding the egg.  Chill well.

Best eaten the next day.  Note that double the amount of Carrageen is needed when cocoa is added.

Make a caramel as above. Add coffee (made to drinking strength) instead of cold water. Cook and add whiskey.

Myrtle's advice for making Carrageen for a Dinner Party:

Make a Carrageen Moss pudding. Set in a shallow bowl. Make a rather thick Irish Coffee sauce. When cold it should coat the back of the spoon. Lay a 1/4 inch layer of this carefully over the top of the Carrageen and top with a layer of whipped cream. 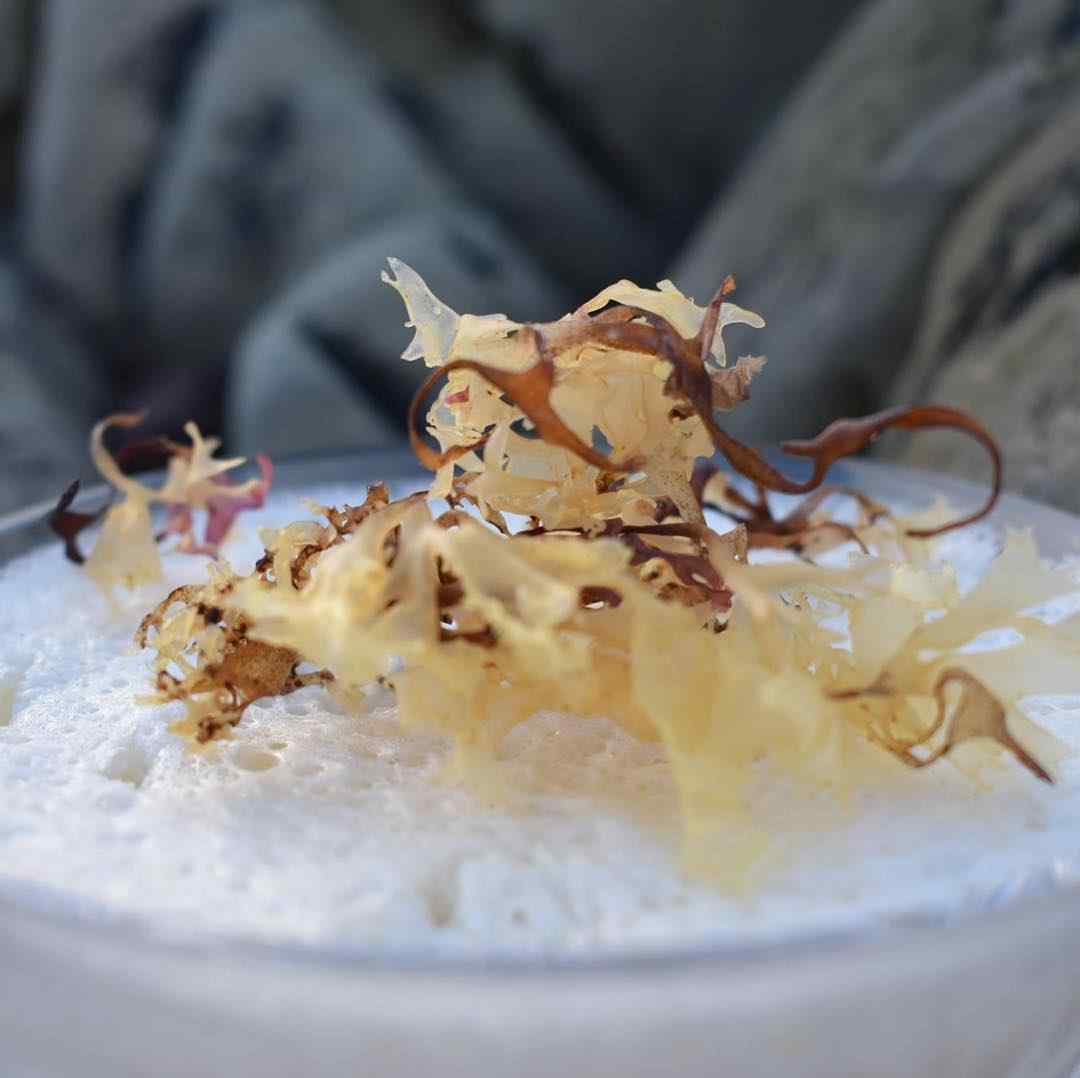 This is a delicious recipe from Mrs. Myrtle Allen's original 1977 Ballymaloe Cookbook. Illustration by Mel Calman.

Carrageen Moss's health benefits are widely known and Myrtle Allen weaned her children on carrageen moss thickened milk but as she says in her original book, "For more sophisticated meals, I serve it topped with whipped cream and coffee sauce strongly laced with whiskey"