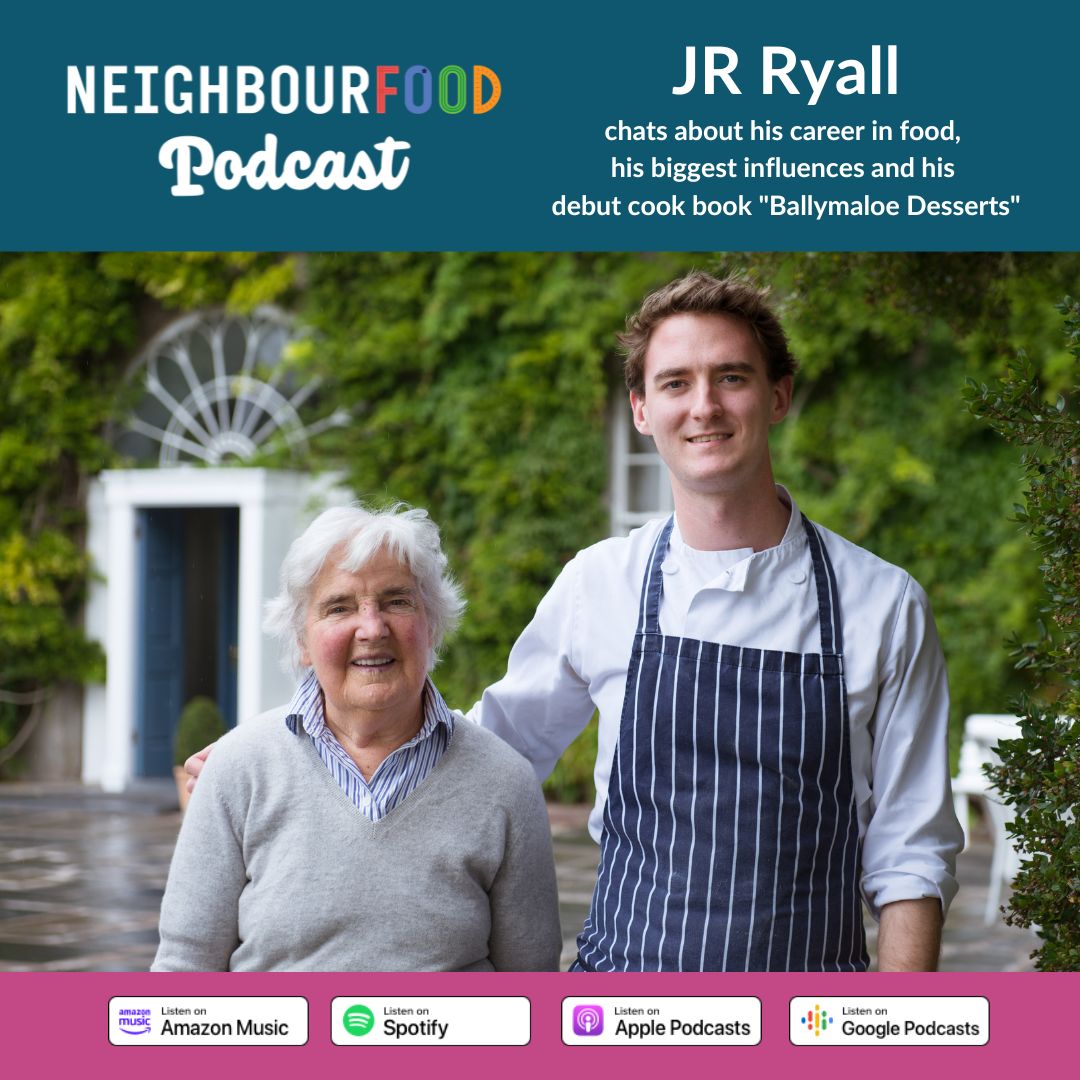 Ballymaloe Desserts. The sweet journey of publishing a cook book with JR Ryall

The Ballymaloe Dessert trolley is probably one of the most famous dessert stations around. It even got global recognition at the world restaurant awards in Paris in 2019.

For decades, visitors to Ballymaloe House have looked forward to finishing a delicious meal with something sweet from their tempting dessert trolley. JR Ryall, Head Pastry Chef and the man behind these sensational desserts, is our guest today.

JR has been working on a cook book, simply titled “Ballymaloe Desserts” sharing the recipes used in the sweets kitchen over the years. He has been working in the kitchen there since his school days, and the idea came about almost 10 years ago when Hazel Allen asked if he’d be interested in writing a little book to sell from the hall table in Ballymaloe House.

Fast forward a decade later and when the pandemic came, the time was right time for him to put pen to paper and the project took off. This little book has flourished intro an impressively large hardback book, published by Phaidon and features these iconic recipes and stories alongside stunning photography by Irish photographer Cliodhna Prendergast. It is being launched this month, September 2022 in Ireland and around the world.

During our chat JR told us about his life in Ballymaloe and the great inspiration Mrs Allen was to him in his culinary career. We hear some of those great food and personal stories, along with his best loved recipes and kitchen tips. And of course, we get into the nitty gritty of book publishing; how he first met with his publisher, signing a book deal and the importance of a great mentor. We went into the whole process of writing and editing, recipe selecting and then the detail, time and craft involved in photographing each recipe. Now that the first book is off the press, JR told us about upcoming book tour and pop up dessert trolleys he is planning in London, Chicago and New York. What a whirlwind.

This is fascinating, fun conversation, full of wow! We hope you enjoy.