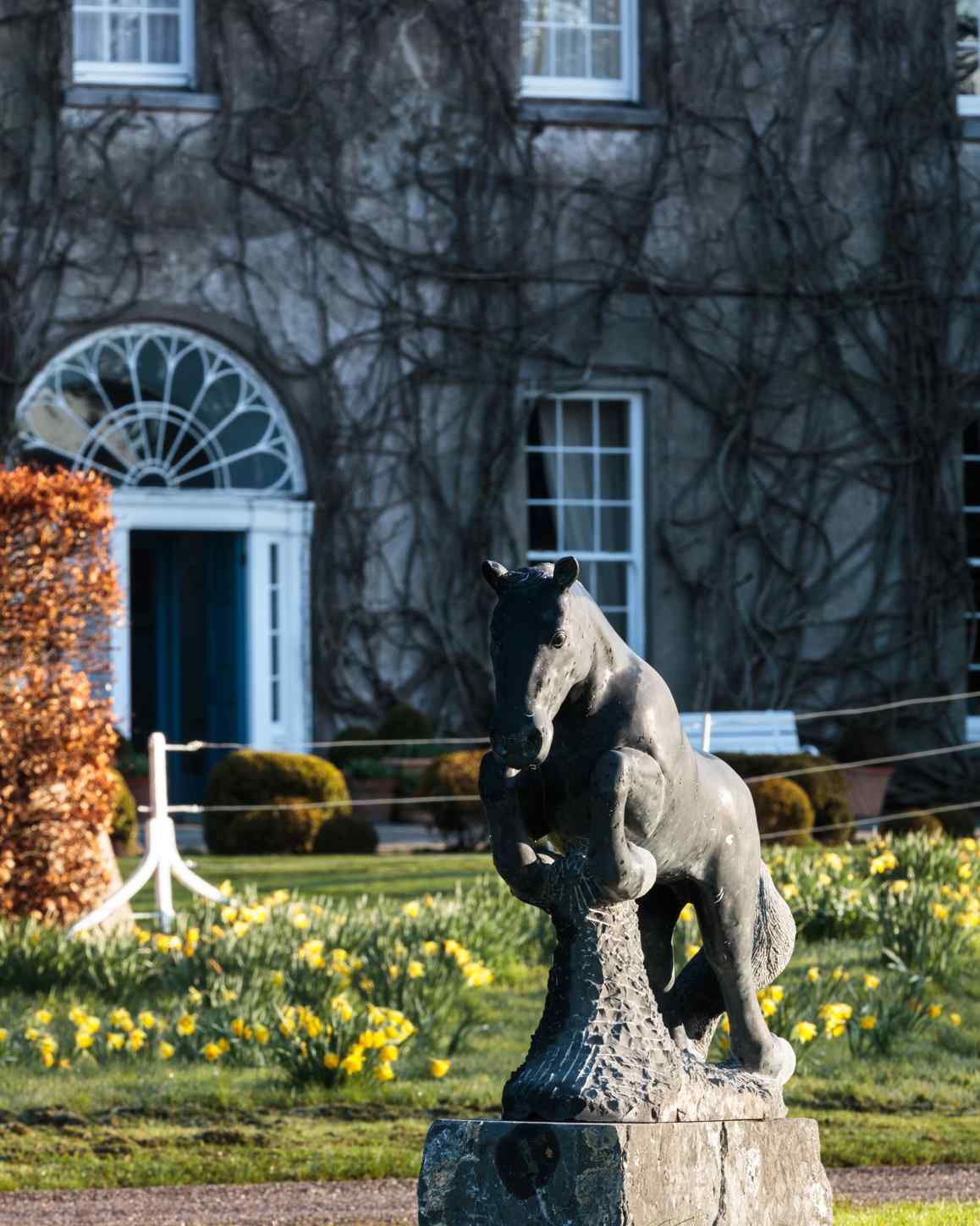 This year Ballymaloe House is delighted to be celebrating 50 years in business. In June of 1964, Myrtle Allen first opened the Yeats Room at Ballymaloe, offering guests the opportunity to ‘Dine in an Irish Country House’.

At the time it was very unusual for people living in a Country House to turn their home into a business, so a little ashamed of what neighbours and family might think Myrtle placed an ad in the Irish Examiner (Cork Examiner then) saying ‘Dine in an Irish Country House’, she gave no address, just a number to call. This was in 1964 and today Ballymaloe House has 29 guest bedrooms and can seat 120 people in the dining room.

How it all began… Ivan Allen was a farmer and horticulturist and in the 1960’s times were tough in agriculture. So, with all six children more or less reared, Myrtle thought about what she could do to bring in a little extra money to maintain such a large house. With a passion for locally grown produce, Myrtle Allen opened the doors of Ballymaloe House offering the finest of East Cork food in her beautiful home.

Since marrying Ivan, Myrtle had thought herself how to cook and was writing a weekly cookery column for the Irish Farmers Journal, so she decided to open a small restaurant. Convinced that the raw ingredients in Ireland were as good as, if not better than, anywhere in the world. Myrtle's ethos was to cook using the finest ingredients, locally sourced, prepared in a simple way.

On the farm at Ballymaloe House she had beef, lamb, pork, eggs and milk and two miles down the road, where the Ballymaloe Cookery School is today, Ivan grew tomatoes, cucumbers, mushrooms and more in large green houses. The fishermen at the local fishing village of Ballycotton provided her with fresh fish every day.

With an ambition to feed a maximum of 20 people Myrtle converted the family dining room and kitchen into a restaurant. They had very little money so she made tables with wood from the farm and used the Aga cooker that was already in the kitchen.