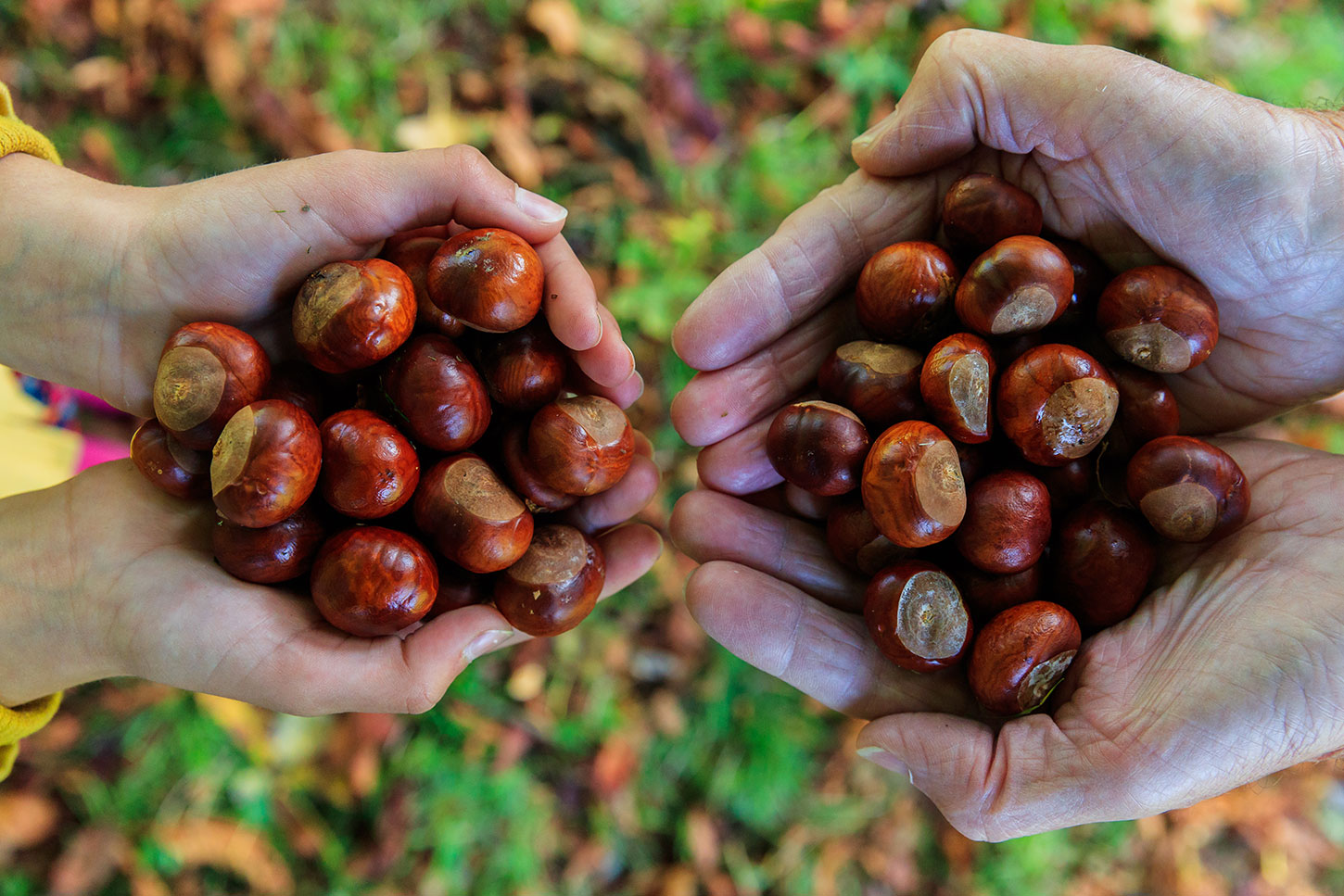 An Indian summer of dry, bright and unseasonal mild weather has helped with garden jobs and extending the shorts-wearing season! After a disappointing summer the autumn months are slowly preparing us for the winter ahead.

In the herbaceous borders we’ve begun to tidy and redesign before the frost knocks back the foliage and it gets harder to tell what’s what. It’s also a great time to clear ahead of bulb planting which will go in in early November. Watch out for hibernating hedgehogs!

The summer experiment of growing pears in bottles has moved on to filling the bottles with various liquids – cognac, vodka and Jameson! The experts say to store it in a dark place for at least 3 months before tasting….hmmm!

Crimson broad beans and salad orientals have been sown to see us through the colder months. Winter lettuces have been planted out and the mild weather has allowed them to flourish. Before the real nighttime cold begins, I’ll bring in pot plants so that the cold doesn’t stunt their growth.

In the garden, we are harvesting red cabbages, beetroot, chard, navets, spring onions, spinach, beans and courgettes. And apples – starting with the apple stepover Arthur Turner – that the kitchen has magic’ed into a tasty tart.

And the pace of growth begins to change. Slowing down from the hectic pace of the summer, thoughts now turn to making a list of winter jobs! Maybe wait another week before beginning.