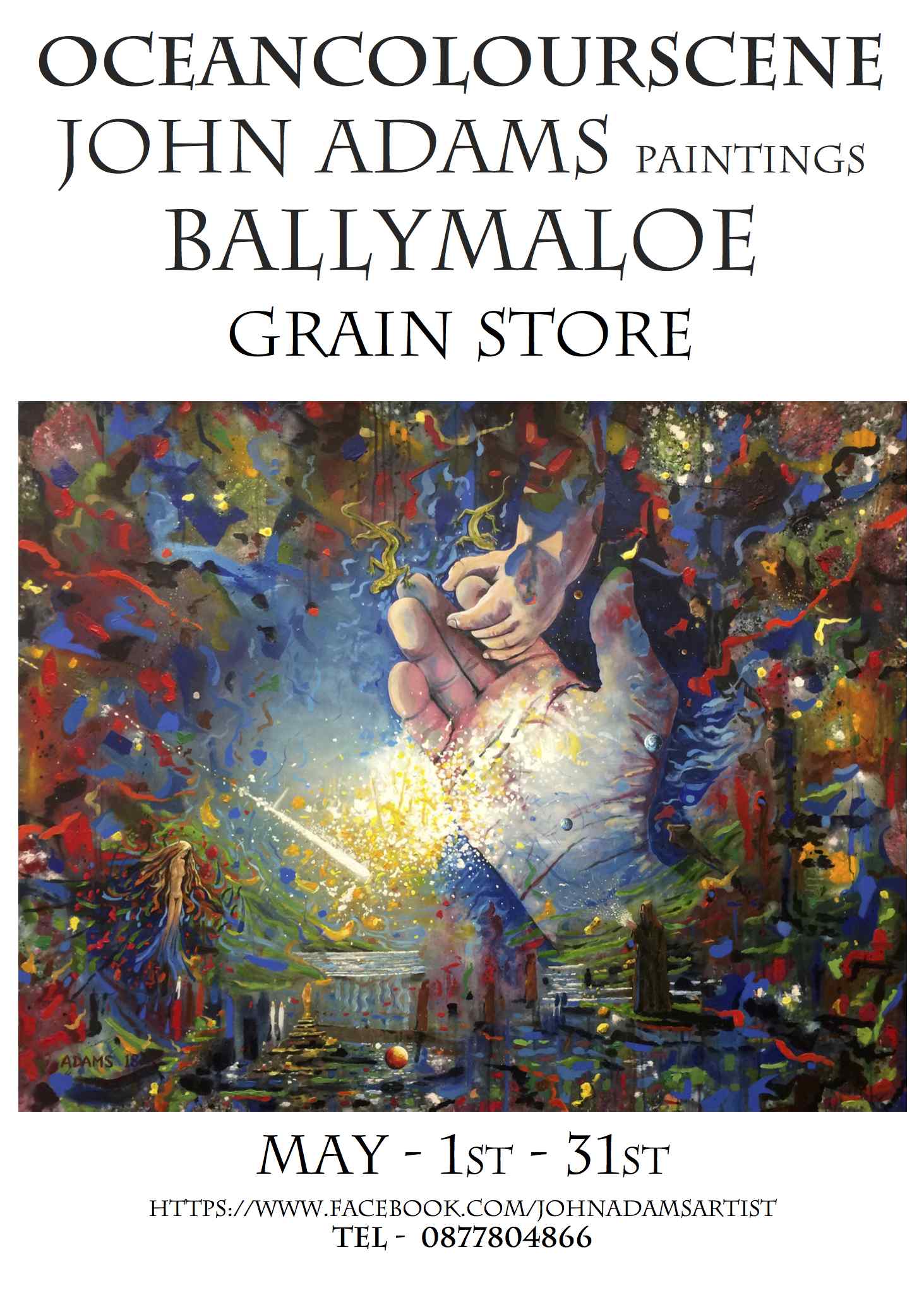 “Art should be guided by our inner truth”

John Adams is best known for his Contemporary Expressionist Paintings. Beauty and nature have been a constant priority to John. His work often reflects political, architectural, and cultural life. His work in both acrylics and oils varies from realistic representations as in "Blackrock Castle” 2008 {in the Cork City Council collection} to expressionist and abstract forms as can be seen in "The Deep Blue" 1996 and “Triffid Nebula” 2006. There are paintings with wild brush strokes and vivid colours, some are literal explosions of colour almost three dimensional coming out towards you. John has developed a unique multi-layered technique of painting which he uses in particular for Seascapes as in "Hoggs Head" 1999 (In the Crawford Municipal Art Gallery Collection).

John’s artistic career has taken him to London and Spain where he has painted theatre sets for the Royal Shakespeare Company, the Barbican Theatre, The New Shakespeare Company, The Walt Disney Company and Expo 92, Seville. He has produced many private commissions and painted many murals. He has been a campaigner for artist’s rights and an arts events organizer in both London and Cork. An exponent of the role of the artist in society, John seeks the truth in the events that have shaped the 20th and early 21st Centuries. His work spans the years before and during the Celtic Tiger in Ireland, “Patrick’s Bridge” 2008 highlights the demolition of old Cork Architecture, “Homeless” 2017 records the effects of the recession on the most vulnerable citizens in Irish society. The painting of the RMS Titanic 2016 coincides with John’s move to the town of Cobh. Johns early work was heavily influenced by the Pre-Raphaelite painters and by fellow Irish born artist Francis Bacon.

Over the last ten years, John was compelled towards realism in a quest to improve skills and to record the destruction of old heritage buildings. Portraiture is a compelling way to express the human spirit and John’s portraits seem to have a vitality and passion rarely seen “Luke Kelly” 2014. More recently, John has returned to more expressive paintings inspired by his imagination and subconscious mind. However, his talent lies in his heart and soul. Painting freely and exploring visions in his imagination is what he does best.

John's exhibition will be available for viewing at the Ballymaloe Grainstore from 1st - 31st May 2018.