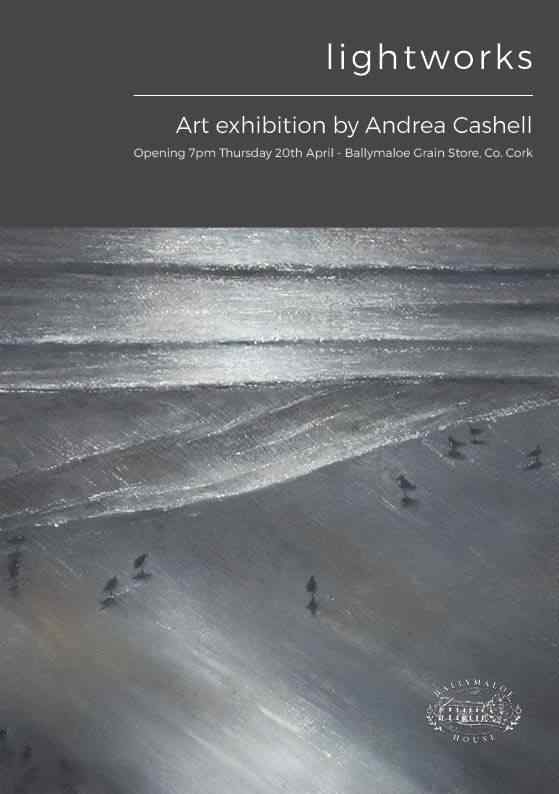 The opening night of Landscape Artist Andrea Cashell's exhbition LIGHTWORKS is in the Ballymaloe Grainstore at 7pm on Thursday 20th April and the exhbition will then run for three weeks until Thursday 11th May.

After graduating in 2000 Andrea was awarded the HETAC Purchase Prize. Her public commissions can be seen in the National College of Ireland, situated in the IFSC, Dublin and the Town Hall Youghal.

Andrea's most recent commission was in April 2015 for the Ardmore Shipping Company. She was asked to complete 6 oil paintings depicting scenes of Ardmore which were presented as gifts commemorating the naming ceremony for 5 new ships. 3 of these paintings are in the company's permanent collection in Singapore while 2 are in their South Korean headquarters and one in Japan.

In April 2015 Andrea moved her studio to Jack O Pasty Art and Design Centre in Youghal. She is currently working on a series of chalk pastels inspired by the coastal landscape of Youghal and Ardmore.